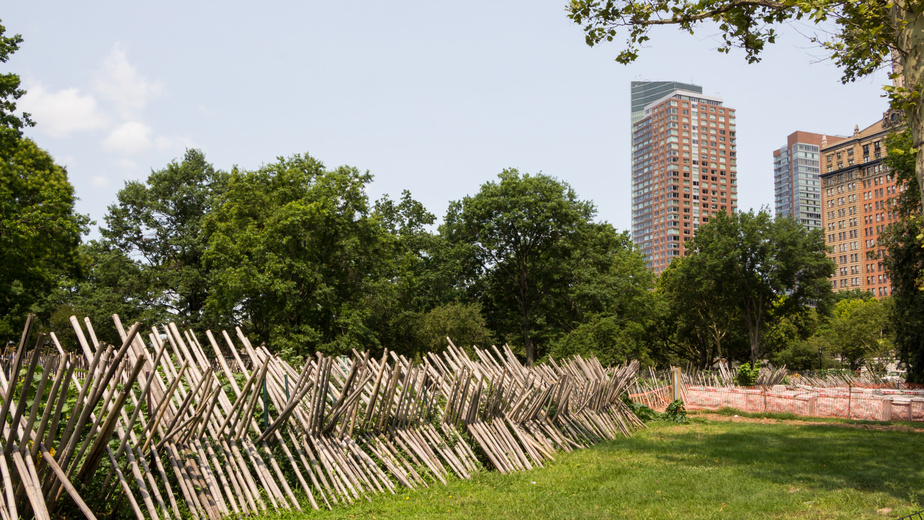 Community based gardening, in some form, has existed across the globe for millennia.  Necessity was quite frequently the driving force in rural areas, where community farmers worked together, in single or multiple cleared areas, to ensure that sufficient food was produced to feed the entire community. The soil was never allowed to be completely depleted of nutrients, multiple crops were inter-planted according to compatibility, and staggered plantings, focused on seasonally appropriate crops, provided for maximum food security.  By leaving intact and taking care of selected trees, shrubs, and beneficial plants, the community also supplied its own building materials, cooking fuels, medicines, and dyes, as well as the raw materials from which everyday items could be made. 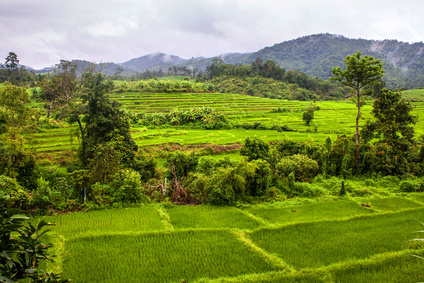 Many rural and tribal communities have used the same cultivation practices for hundreds of years. Rice fields such as this one are often created using a form of cultivation that utilizes controlled burning, preservation of selected trees, shrubs, and plants, and reincorporation of both green plant matter and ash to enrich the soil. Planting is rotated among several clearings, allowing fallow fields to rest and recover. This practice is frequently referred to as “slash and burn”, and is often utilized irresponsibly in many forested areas, without regard to traditional knowledge, often to the detriment of farmers who are still using the technique responsibly. (Photo © mathess – Fotolia.com)

In the Americas, community gardening was practiced by indigenous communities, whose agricultural acumen was often much more highly developed than that of the European outsiders who ventured here to make their fortunes (or a fresh start)  in the New World.

In more recent times, necessity once again drove US families to participate in community gardens.  As urban expansion burgeoned in the late 19th century, many  city dwelling families were without steady income or employment.  Community gardens were established to allow everyone, regardless of economic status, to have a place to grow their own food.  As we moved through the 20th century, community gardens gained popularity during the Great Depression, WW’s I and II, and continue to attract positive attention today.  Many cities have supported the conversion of asphalt wasteland to community gardens, especially in economically distressed areas, which also tend to be food deserts.

Like community gardens, permaculture is a concept that’s been with us for a very long time. We just didn’t call it that until 1978, when the term was first coined.  Basically, permaculture describes a system in which we work with nature, rather than against it, to provide for our needs.  The three core tenets of permaculture are:

In practical terms, permaculture entails avoidance of the use of chemicals, rainwater harvesting, building and enriching the soil, erosion control, minimal or no tilling, and recycling back into the earth all the surplus that we produce.  Permaculture goes beyond organic gardening or conservation in that we are actually improving and strengthening the earth by our practices.

Community gardening provides an array of benefits.  To the people who grow and/or consume the locally grown food, there is now a supply of high quality, low cost produce in addition to the opportunities for exercise, sharing the labor, socialization, and strengthening of the community itself.

Incorporate the principles of permaculture into our community garden designs, and we have the potential for the garden to produce more energy than it consumes, increase soil and forest – going beyond simply conserving them, produce nutrients – rather than purchasing them, and improve conditions to better than we found them.

That sounds like a really good deal all around, doesn’t it? 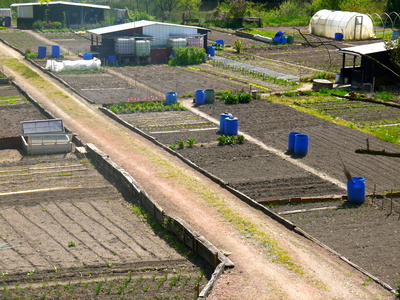 Community gardens can incorporate the principles of permaculture, thereby improving conditions in and around them. This garden appears to have barrels in place for rainwater capture. This is the simplest and likely least expensive, but perhaps not the best, manner in which to harvest water for the garden plants. (Photo © 01tom – Fotolia.com)